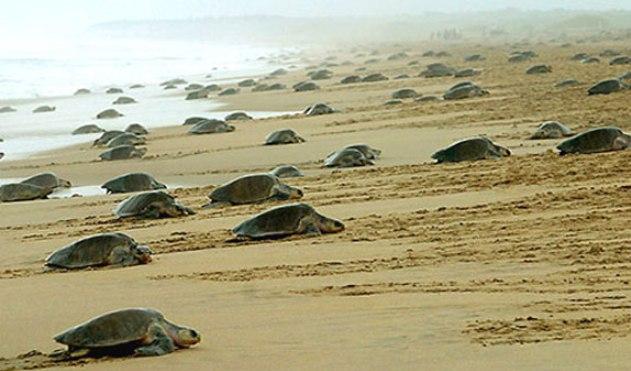 The state government of Odisha imposed a seven-month ban on sea fishing activity to protect the Olive Ridley sea turtles on 1 November 2017. This move has been brought on, as the breeding season of the endangered marine animals is approaching.

The seven-month ban will hold until 31 May 2018. The ban on fishing activity was clamped within 20 km off the coastline of Dhamra-Devi-Rushikulya river mouth.

Nearly 26,000 marine fishermen in coastal districts of Puri, Kendrapara, Ganjam and Jagatsinghpur are likely to be affected due to the ban.

The restriction is imposed in accordance with provisions of Orissa Marine Fishing Regulation Act (OMFRA), 1982 and provisions of Wildlife Protection Act, 1972.

Over 300 trawls and vessels were seized and around 2,000 crews arrested during a similar ban in 2016 for defying the OMFRA provisions along the prohibited zones.