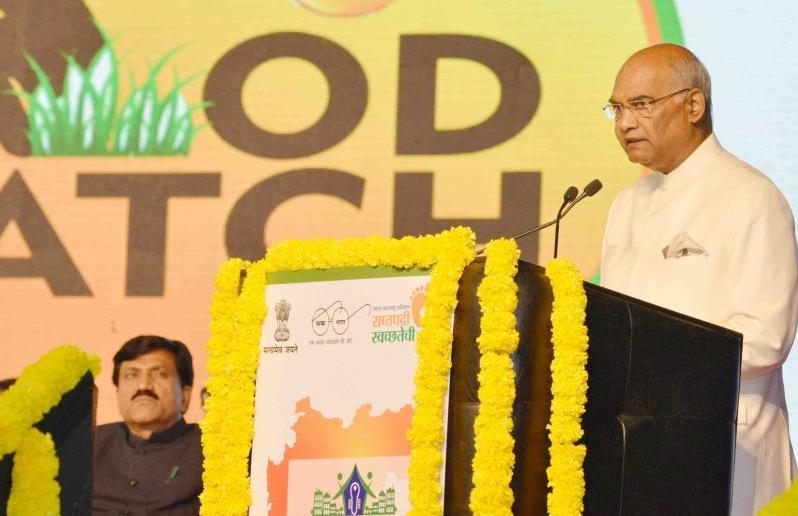 President Ramnath Kovind has declared the urban areas of the Maharashtra state open Defecation Free (ODF) at a function held on 1 st October 2017.

The Function held at the National Sports Club of India, Worli. he also said that as a responsible citizen, we all should make an effort to keep our surroundings neat and clean.

Declaring urban Maharastra as ODF, The Chief Minister Devendra Fadanvis said that there is a need to change mindset towards open defecation.

The state government has launched ODF Watch, asking people to use toilets and avoid open to achieve that goal defecation.

Minister for rural development Pankaja Munde said the percentage of toilets in rural areas had gone up from 44% to 88%. By October next year all of rural Maharashtra will be ODF.

The state authorities said that rural Maharashtra would be open defecation free by March 2018.

» Pranab Mukherjee's farewell and achievement as President of India