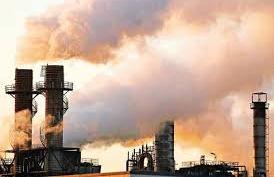 India undertakes climate change Montreal protocol a step to eradicate the use of a greenhouse gas, HFC-23.

It has decided during the 28th Meeting of Toof Parties to the Montreal Protocol at Kigali in Rwanda.

HFC-23 is derivative of HFC-22 and is a strong greenhouse gas which is used for industrial refrigeration.

Montreal Protocol is an international agreement which aims at protecting the ozone layer by decreasing the production and consumption of ozone depleting substance to protect the layer.

It has been established in the year 1989 and now, it has been successful in removing the 95% ozone depleting sources from the atmosphere in less than 30 years of its establishment.

197 parties of United Nations have accepted the Montreal Protocol making it universally acceptable in the world.