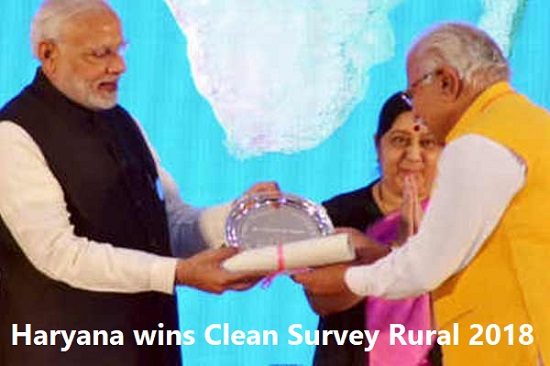 Haryana has received the highest state award on 02 October 2018 under 'Clean Survey Rural -2018' for outstanding achievements in the field of cleanliness. Chief Minister Manohar Lal received the award from Prime Minister Narendra Modi at a prize distribution ceremony organized by the Ministry of Drinking Water and Sanitation in the cultural centre of Rashtrapati Bhavan in New Delhi.

By 2019, the goal of setting up of solid and liquid waste management units in all the villages of Haryana has been set.

Under Urban Solid, Waste Management Schemes of Haryana, all urban local bodies of the state have been divided into 14 clusters.

» Football Clubs: most valuable football clubs according to Forbes