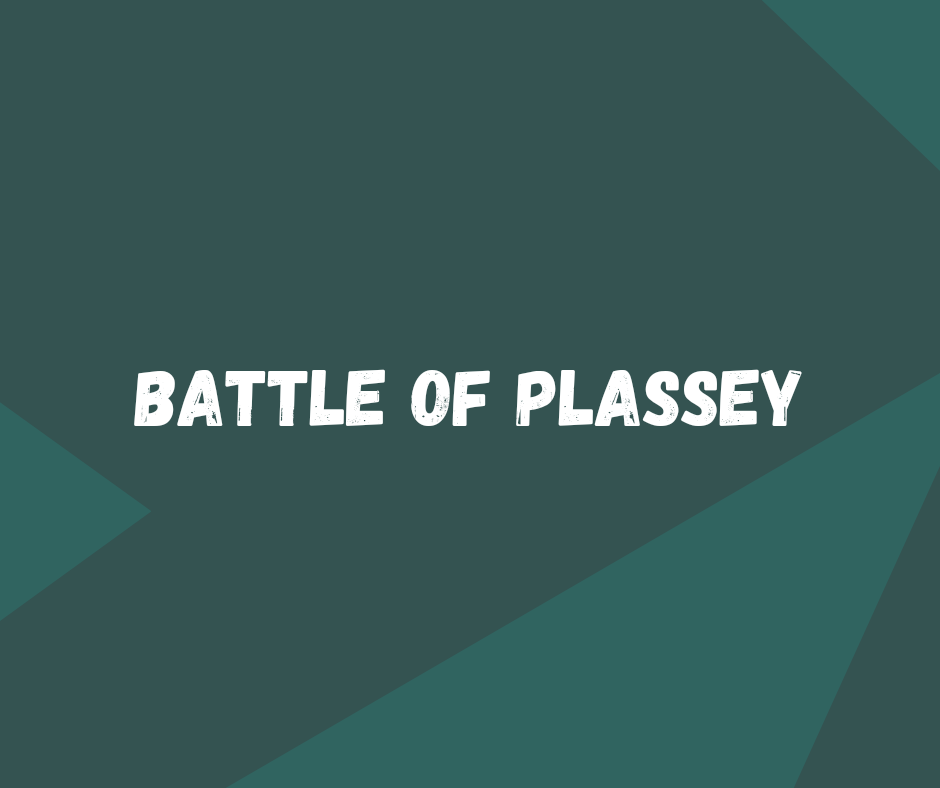 Battle of Plassey : Battle between Robert Clive and Siraj-Ud-Daulah

Battle of Plassey was fought between Robert Clive and Siraj-Ud-Daulah on 23june 1757.

The Bristish East India Company deafeated the nawab of Bengal and annexed the state.

50 sailors, 8 cannon under which six field artillery pieces and 2 howitzers.

while the nawab of bengal had the strength of 5,000 cavalry , 35,000 infantry(involved with robert clive) ,

Plassey was earlier called as Palashi, situated on the banks of Hoogly river having Calcutta in the north and Mursidabad in the south.

Siraj-Ud-Daulah was the successor of Alivardi Khan .

When he became the nawab of bengal,he passed an order to stop the fortification led by East India Company.

Siraj-Ud-Daulah was very strong with having a huge army and power , thus he was able to easily stand at the battle.

The Britishers were very sure about this fact,they that were not so superior and would easily get defeated by the Nawab.

Meanwhile in their conspiracy  against the nawab,

they got to know that few of there are people in the army of the nawab ,who are corrupt and having a desire to access the throne.

and therefore the britishers bribed Mir Jafar ,who was chief of the army and promised him to give the throne.

All of them created a conspiracy and at the end Siraj-Ud-Daulah got defeated because of his own mains.

The war ended in 11hours approx.

and at last Bengal was won by British.