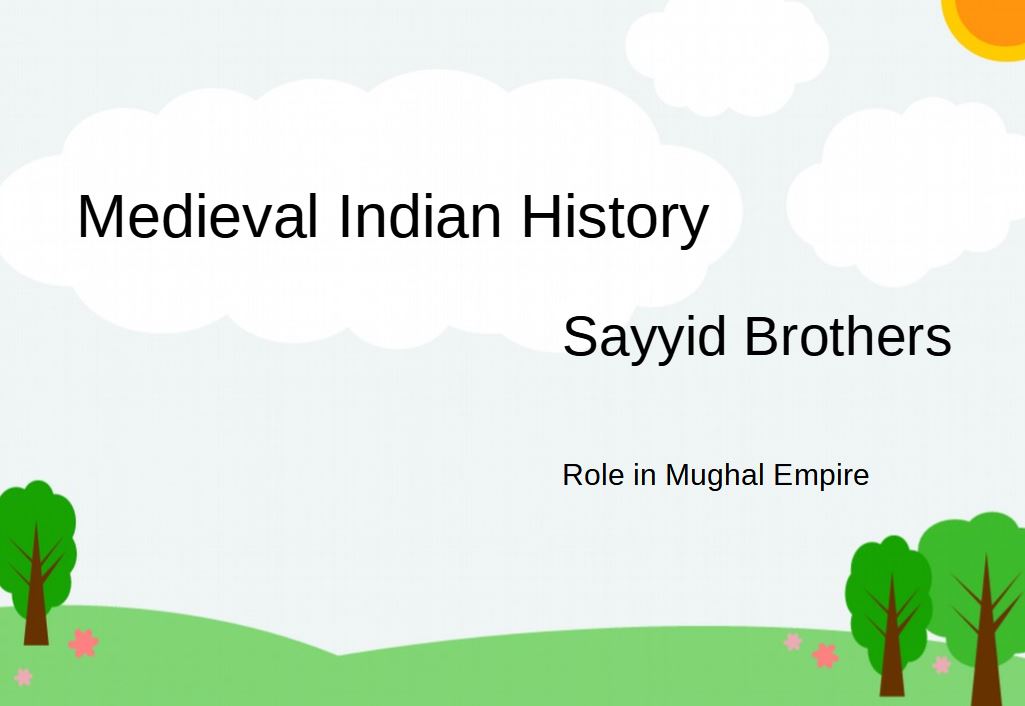 They were descendents of the Prophet Mohammad .They are known as the 'King Makers'of Indian History.

After the death of Aurangzeb ,sayiyd brothers adopted new tricks to gain superiority.

But Jahandar Shah was very weak ,lacked knowledge and manners.

Zulfiqar Khan and his role in Medieval Indian History

Due to which all the power was in hands of the zulfiqar khan ,who was his wazir.

The ijarah was revenue farming was introduced at his time which led to the suppression of the empire.

Later on jahandar Shah was defeated by Farrukh Siyar his nephew with the help of Sayiyd brothers .

But Farrukh Siyar lacked capacity to rule and he not even wanted to give a free hand to brothers and was also intriguing against him.

And in the end ,Sayiyd Brothers killed him in 1719 and made Muhammad Shah ,the emperor of India.

The Sayiyd Brothers adopted the policy of religious tolerance. They also maintained harmony among the Hindu and Muslims.

Later , a powerful group of nobles , Nizam-Ul-Mulk and Muhammad Amin Khan began to conspire against them due to jealousy.

They tried hard to conciliate and be friend all groups but in the end both of them were defeated and their empire ended.