Battle of Buxar : Short Summary of the battle 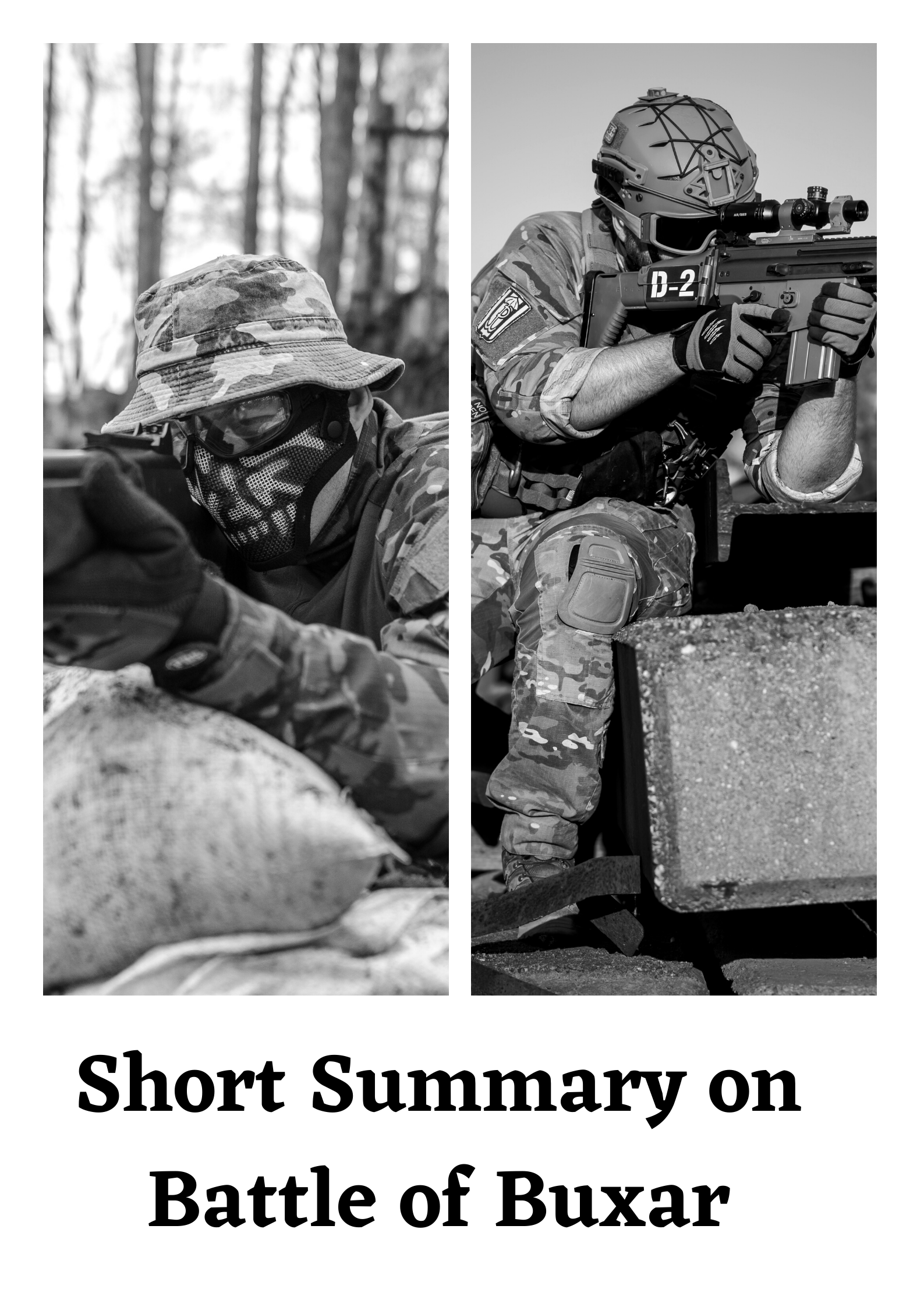 Battle of Buxar : When did it took place ? Who won in the Battle?

Battle of Buxar was fought on 22-23 October 1764 between the British East India Company led by Hector Munro, and the combined armies of Shah Alam II ( Mughal Emperor),Shuja-ud-Daula (Nawab of Awadh),Mir Qasim (Nawab of Bengal).

The war took place at Buxar ,Bihar which is located on the banks of river Ganga.

Victory of Hector Munro : Failure of the Allies

According to the reports, the army from the British side included 859 British, 5,297 Indian Sepoys and 918 Indian Cavalry .

It is said that the British East India Company defeated the 40,000 army of alliance only having an army of 10,000 men.

One of the major reason of their failure was lack of co-ordination among the three allies.

Hector Munro divided his army and one by one defeated three of them and thus pursued the whole ganges valley.

Mir Qasim flew away with all his money left,

and Shuja-ud-Daulah also fled at that time but later he surrendered himself.

The Britishers had virtually captured Bihar, Bengal and Odisha by 1765.

And later on Robert Clive became the first Governor General of Bengal.

» Rowlatt Act : When did it took place ? Major effects and Jallianwala Bagh Massacre