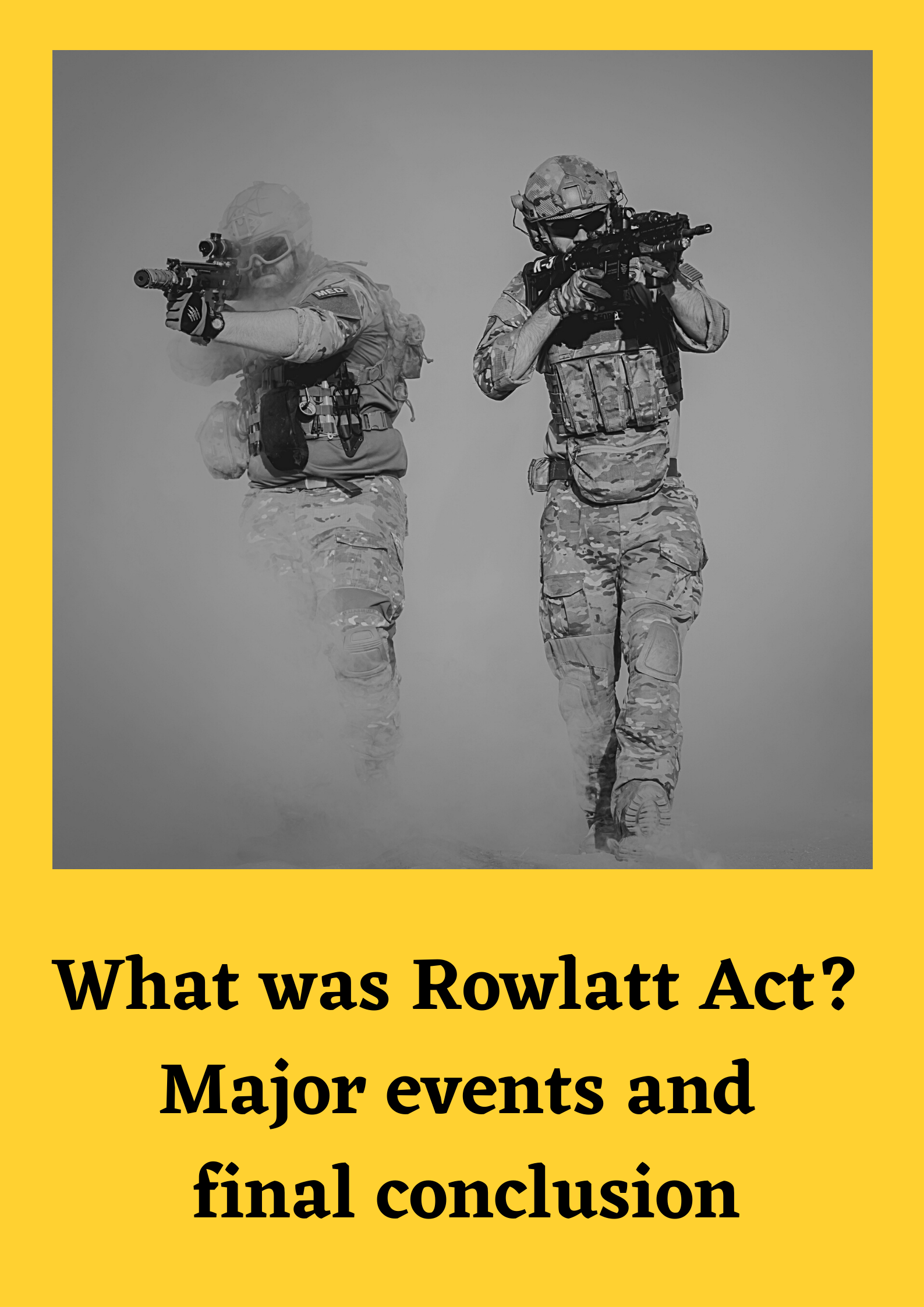 Rowlatt Act was a legislative council act passed on 18 March 1919.

It was named after it's President Sir Sidney Rowlatt.

According to this act ,the police was given enormous powers to arrest any person found to be suspeced of terrorism,

with or without warrant upto 2years.

and was supposed to give security money on release.

Also, they were prohibited to enter in any social,religious,nationalist acivities and in other public acivities.

The main objective of the act was to curb the growth of nationalism in the country.

Two bills were passed in the centre on 6 Feb 1919 and these bills were known as Black Bills.

Effects of the Rowlatt Act

It was severly boycotted by the Indians.

Rowlatt Act was one of the major act which brought Mahatma Gandhi into mainstream of struggle for Independence.

This act has angered many Indian Leaders .To protest against the act Muhammad Ali Jinnah and Madan Mohan Malviya resigned from the Imperial Legislative Council.

A hartal took place by Gandhi Ji and other leaders on 6 April.Peoples left their jobs and went on strikes.

All these events took place under non-cooperation movement.

The Final Conclusion :Failure of Rowlatt Act and the happening of Jallianwala Bagh Massacre

On 13 April ,the army was called and people from everywhere gathered in Punjab to protest against the act.

This resulted in the Jallianwala Bagh Massacre .Many men,women and children died in this massacre.

And at last when British colonial Government regain to this fact that now they can't suppress the crowd ,then

they finally repealed the Rowlatt Act , the Press Act and 22 other laws in March 1922.

European Day Of Languages celebration on 26th September, His...

Google offers various features such as timer, fly through sk...

Misconception on Smartphones and reality, uses Using a smar...

General Knowledge: How to apply for Voter Id card

Documents and eligibility criteria for application of Voter ...

The tradition behind decoration of Christmas trees, history ...

General Knowledge: Steps to book tickets via SMS BOOK to 139

Indian Railway SMS booking facility, Send SMS to 139 from yo...