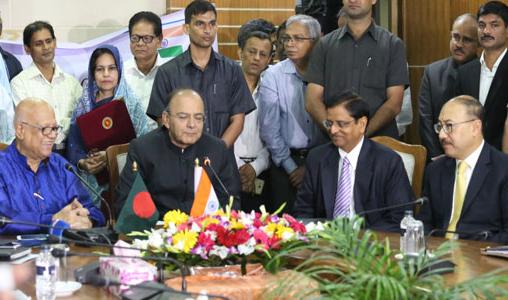 Seventeen priority infrastructure projects, including electricity, roads, railways, shipping, and ports will be covered by the third line of credit to Bangladesh from India.

According to the Agreement, Bangladesh to pay 1 percent interest rate and pay back the loan in 20 years with a five years moratorium.

The line of credit to Bangladesh would help increase bilateral trade and foster people to people contacts between the two countries.

The 4.5 billion loan for Bangladesh was announced during Bangladesh Prime Minister Sheikh Hasina’s visit to New Delhi in April 2017.

Bangladesh would have to procure 65 to 75% of the services, goods or works from the Indian market with the money to be provided under the third LoC under this contract.

Bangladesh has two other LoCs open with India in which of them the  First was signed in 2010, and the second was in 2016.