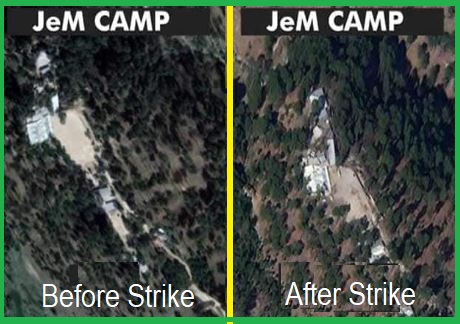 Indian Air Force (IAF) attacked a terrorist training camp Jaish-e-Mohammad (JeM) in Balakot, Pakistan, which was carried out under code-named ‘Operation Bandar’ to maintain its confidentiality.

The Indian Air Force's strike was code-named Operation Bandar which was known to limited defence officials. There was no specific reason in the choice of the name, “It could have been anything.”

IAF's 12 Mirages 2000 aircraft that took off directly from their home base in Gwalior at the time of the mission crossing Himachal Pradesh and Kashmir to the target area and back.

According to the Defence officials, Everything was carried on as usual in the run-up to it to maintain secrecy.

The Air Force had told the government that 80 percent of the bombs fell on the target, where the terrorists were sleeping.

A team of commandos was placed on standby to deal with the emergency situation.

IAF carried this operation in response to the Pulwama terror attack which claimed the lives of 40 security personnel, 12 IAF Mirage-2000 fighter jets struck on Jaish-e-Mohammed training camp in Balakot inside Pakistan in the early hours on 26th February with precision-guided munitions.