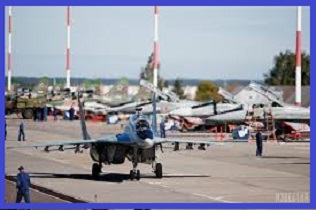 The inaugural IAF-RFSAF Ex AVIAINDRA was conducted in 2014 and since then it is conducted bi-annually (twice a year) in both the countries.

The AVIAINDRA 2018 air exercise main aim is focused on anti-terrorist operations in the bi-lateral scenario. It also seeks to further enhance co-operation and understanding between Air forces of both countries in each other’s Concept of Operations. This edition of exercise is planned in two phases.

The AVIAINDRA 2018 air exercise is a unique wherein foreign participant does not bring its air assets. In Russia, IAF pilots flew alongside their Russian counterparts in RFSAF aircraft at Lipetsk in September 2018.

Similarly, in India, RFSAF pilots will fly alongside their Indian counterparts in the IAF aircraft, which are common to both Air Forces.

Russia has been a major partner of India in the defence sector and the cooperation has been incredibly growing further.