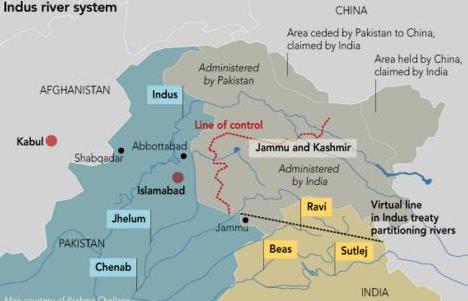 The Permanent Indus Commission (PIC) annual meeting between India and Pakistan was concluded in New Delhi.

The PIC aimed to resolve growing tensions between India & Pakistan over host of IWT issues and alleged harassment of diplomats.

India, in turn has claimed that India has been maintaining these projects designs in accordance with IWT agreement.

The 113th PIC meeting was held in March 2017 in Islamabad. The PIC meeting is held alternately in India and Pakistan every year.

The Indus Waters Treaty (IWT) was signed between India and Pakistan in the year1960.

The IWT relates to the water distribution and sharing rights of six rivers of Indus river system which includes Beas, Ravi, Sutlej, Indus, Chenab and Jhelum.