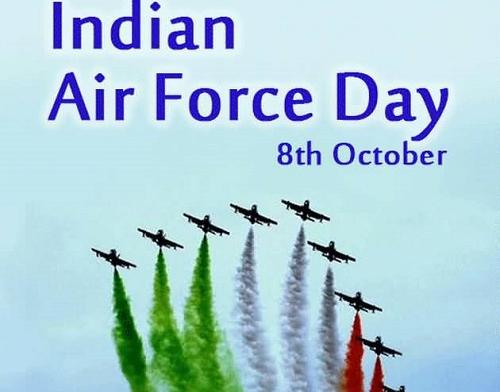 Indian Air Force fighter (IAF) jets shows off a display during a rehearsal for the 85th Air Force Day parade at Hindon Air Force base in Ghaziabad on October 6.

IAF's popular Surya Kiran Aerobatic Team (SKAT) performs during the rehearsal. The SKAT belong to the No. 52 Squadron which was initially established on 1 January 1986.

IAF's Dhruv helicopters of the Sarang team perform a death-defying maneuver as they rehearse for the parade.

Indian Air Force personnel perform a drill with rifles during the rehearsal programme, for the 85th Air Force Day parade.

It originated in the early 1970s when defense personnel tried to hone their aerial assault techniques for wartime operations.

The practice later evolved into a peacetime adventure sports and in 1987 the IAF launched Akash Ganga at the Air Force Station in Agra.