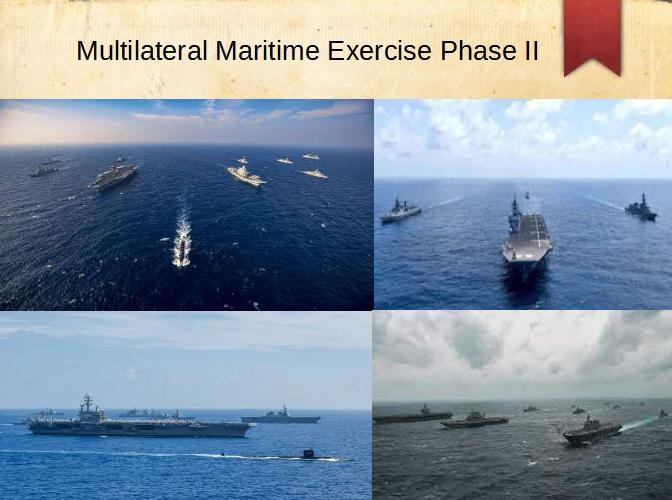 The Indian Navy, along with the Japan Maritime Self-Defense Force, the Royal Australian Navy, and the United States Navy, will take part in the second phase of the Multilateral Maritime Exercise Malabar. From the 12th to the 15th of this month, the drill will take place in the Bay of Bengal. The exercise's first phase took place in the Philippines Sea from August 26 to August 29.

The exercise's Second Phase would expand on the synergy, coordination, and interoperability established during the First Phase. Advanced surface and anti-submarine warfare exercises, seamanship evolutions, and weapon firings would be the focus.

Since its inception in 1992 as an annual bilateral naval exercise between India and the United States, the Malabar series of exercises has grown in scope and complexity.