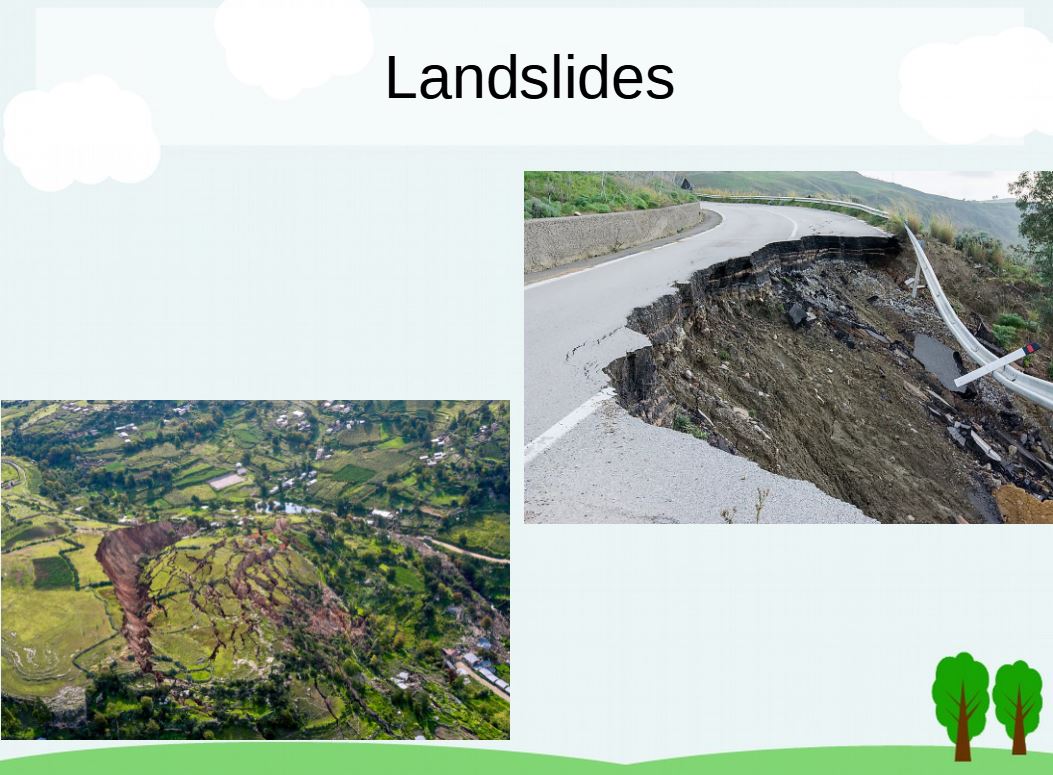 Or artificially too ,when humans cut out the hilly areas for making roads and rail lines.

Along with it Earthquakes or Volcanic disturbances also loose the rocks and this results in landslides.

But landslides are often caused by rainwater.

The water gets deposited in the bedding planes of the rocks and due to which one layer slides over the other and thus landslides take place.

Few other reasons are:

Rise in the groundwater.

Landslides that occur under the sea can generate Tsunamis.

and the massive ones are hundreds of meter high.

However, the major reason behind the landslides is the clearing of natural vegeation.

because of the removal of the plant covering ,water penetrates into the soil and rocks and causes destructive Landslides.

South Wales , British Columbia , Hong Kong are the other landslides affected parts of the world.

» Soil, Types of soil: About, Composition, Details, Types of Soil