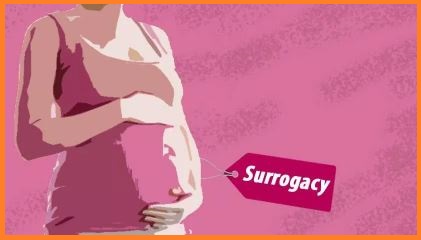 The Lok Sabha on 19th December 2018 passed the Surrogacy (Regulation) Bill, 2016 which is aimed at restricting commercial surrogacy and unethical practices relating to it.

The Surrogacy (Regulation) Bill, 2016 once approved by the Parliament, the National Surrogacy Board will be constituted. The States and Union Territories will constitute the State Surrogacy Board and State Appropriate Authorities within three months of the notification by the Union Government.

According to the Surrogacy (Regulation) Bill, 2016, Surrogacy is defined as "a practice whereby one woman carries the child for another with the intention that the child should be handed over after birth".

Surrogacy may be of two types altruistic or commercial:

Altruistic surrogacy involves an arrangement where the couple does not pay the surrogate mother any compensation other than the medical and insurance expenses related to the pregnancy.

Commercial surrogacy includes compensation in cash or kind paid to the surrogate mother.