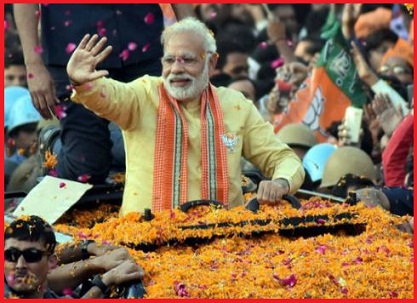 PM Narendra Modi with this feat, is the first non-Congress prime minister in India to return to power after a full 5-year term.

The Bhartiya Janta Party (BJP) has accumulated 303 seats alone which breached through even those states, where the regional parties had a stronghold such as Uttar Pradesh and West Bengal, along with the whole of the northeast.

Prime Minister Narendra Modi has also easily won in his constituency of Varanasi, in Uttar Pradesh state, with 6,74,664 votes.

The opposition Indian National Congress (INC) has won 52 seats its worst performance ever. INC with a coalition of partner parties managed to get only 90 seats.

Other parties could only score out of 98 seats.