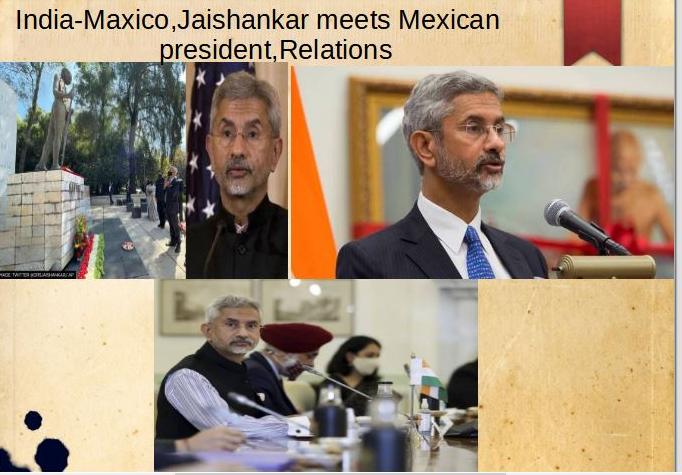 On 27 September 2021, Foreign Affairs Minister S. Jaishankar will meet with his Mexican counterpart Marcelo Ebrard as well as President Andres Manuel Lopez Obrador. Mr. Jaishankar, who is on a three-day visit to Mexico, said in a social media statement that he plans to attend the 200th-anniversary festivities of Mexican independence.

Participating in the 200th-anniversary festivities of Mexico's independence. In the United Nations Security Council, we are cooperating. Mr. Jaishankar's message upon arrival in Mexico City stated, "India is Mexico's ninth-largest trade partner." He further mentioned that this was the first time an Indian External Affairs Minister had visited the United States in 41 years.

Mexico opened an exhibition named "La Grandeza de Mexico" on 27 September in the presence of foreign dignitaries as part of the celebrations. The goal of the exhibition is to display cultural and historical artifacts.

Non-permanent members of the Security Council, India, and Mexico are debating global hotspots such as Afghanistan, Yemen, Syria, and Myanmar.

» US and Israel withdraw from UNESCO, accused the body of anti-Israel bias