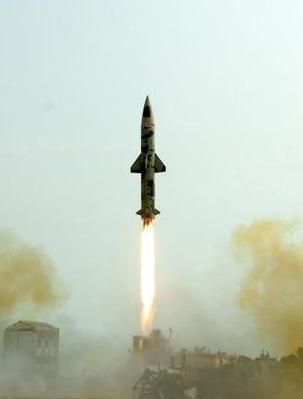 The Prithvi-II ballistic missile test was conducted as part of a user trial, by the Strategic Forces Command of the Army from a mobile launcher at the launch complex-3 of the Integrated Test Range at Chandipur near Balasore, Odisha.

As per Defence officials, Prithvi-II, test launch has ambitiously achieved all the parameters within the stipulated time period.

Prithvi-II is the first missile to be developed by the DRDO under the Integrated Guided Missile Development Programme (IGMDP) inducted into the Indian Armed forces in 2003.

Prithvi-II is an indigenously built, single-stage liquid-fuelled ballistic missile, weighs around 4.6 tonnes, 9 metres in length and 1.1 metres in diameter.

Prithvi-II is the short-range surface-to-surface ballistic missile, upholding with a strike range of 350 km.

Prithvi-II can carry payloads between 500 kg to 1,000 kg and is also capable of carrying nuclear warheads.