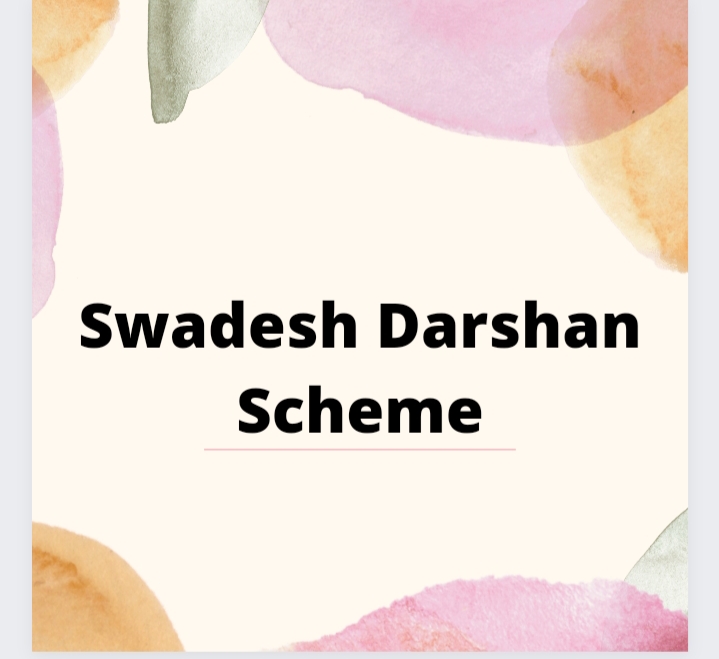 Swadesh Darshan Scheme is a centrally sector scheme and it is launched by the Ministry of Tourism,Government of India for the integrated development of

Theme-based tourist circuits. It was launched in 2014-15 by the Ministry of Tourism and Culture,Government of India.

The theme based tourist circuits will be developed on the principles of high tourist value,competitiveness and sustainability in an integrated manner.

Under the Swadesh Darshan Scheme, 15 theme based circuits can be identified.

Administrations for the infrastructure development of circuits.

The Tourism sector is positioned as a major engine for job creation,the driving force for economic growth,building synergy with various sectors to enable

tourism to realise its potential and also this scheme is envisioned to synergise with other schemes like Swachh Bharat Abhiyan,Skill India,Make in India etc.

*To develop circuits having tourist potential in well planned and prioritized manner.

*Development of a theme based circuit in an integrated manner.

*Promotion of employment through the active involvement of local communities.

*Promotion of culture and heritage of the country and further follow community based development and pro-poor tourism approach.

*Development of world class infrastructure in the circuits to attract the tourist.

*Spreading awareness among the local communities about the importance of tourism for that in terms of increased sources of income,improved living

standards and overall development of the area.

*To Leverage the capital and expertise of the public.

HRIDAY Scheme : Objective and Other Features

» HRIDAY Scheme : Objective and Other Features

» Unique Land Parcel Indentification Number : What is ULPIN And its Benefits