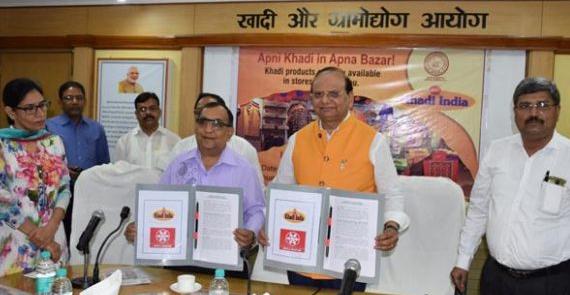 Khadi products are now available to purchase from a ‘Khadi Korner’ at 'Apna Bazar' in Charkop and Mulund suburbs of Mumbai.

The arrangement was made after an agreement between Khadi and Village Industries Commission (KVIC) and Apna Bazar on 21st February 2018.

KVIC Chairman, V.K. Saxena informed that all steps are taken to introduce Khadi products to the door-steps of customers. He also added plans are being made to establish more Khadi Korners in major retail showrooms and malls such as Shoppers' Stop, Star Bazaar, Infinity Mall, Pantaloon and Big Bazaar etc.

Earlier the first Khadi shop-in-shop by Globus was opened at Great India Place Mall, Noida and the second one in Ahmedabad.

KVIC aims to deliver cost-effective and quality products in all its stores.

Kavassaji Jamshedi Patigra was born on this day ie 24 Novemb...