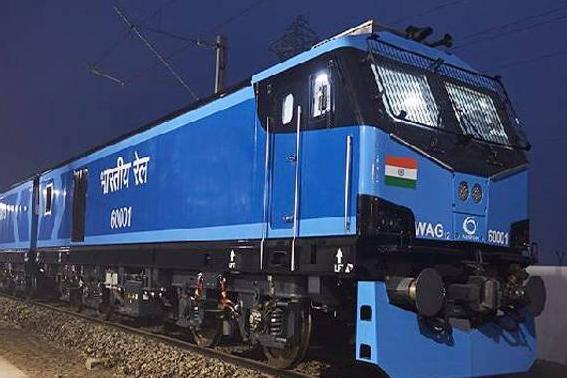 The first high-speed locomotive has been developed in a joint collaboration between India and France, in Madhepura, Bihar.

The high-speed train is powered by 12,000 horsepower which is the first Make-in-India project of this magnitude completed along with French rolling stock giant Alstom.

Now, India has joined the countries like Russia, China, Germany and Sweden, to have 12,000 horsepower electric locomotives. Earlier, the most powerful electric engine in the Indian Railways was of 6,000 horsepower.

In 2015, Indian Railways had signed an Rs 20,000-crore agreement with Alstom for 800 high-speed locomotives in 2015. Under the contract term of 11 years, first five engines will be imported from France, while the rest 795 will be produced in India.

The first high-speed double section train is having a capacity of 6,000 tonnes. It has a maximum speed of 120 Km/hr.

The first high-speed train is equipped with Insulated Gate Bipolar Transistors based propulsion technology, which will help it survive the tough Indian climate.

The first high-speed train is 100% electrified. It is beloved to cut down operating cost & greenhouse gas emissions.