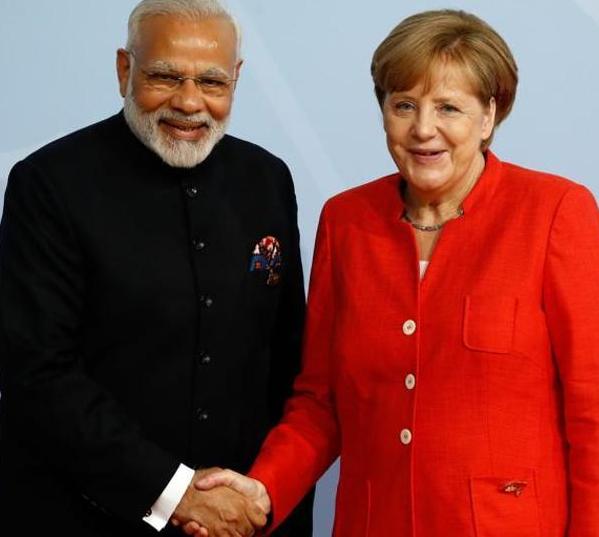 Prime Minister Narendra Modi was on a five-day visit to Sweden, United Kingdom & Germany. The visit to the three European nations aims at enhancing bilateral cooperation in key areas like trade, investments and Science & technology.

PM Narendra Modi on the third and last leg of his visit, reached Germany where he met German Chancellor, Angela Merkel on 20th April 2018 in Berlin, Germany.

PM Narendra Modi met Merkel during a brief stopover in Berlin after wrapping up his visit to the UK where he attended the Commonwealth Heads of Government Meeting (CHOGM) and held a series of bilateral meetings.

PM Narendra Modi's meeting with Merkel comes after German President Frank-Walter Steinmeier's trip to India in March, which was focused on boosting economic and strategic ties between India-Germany. Germany is India's largest trade partner in the European Union bloc.