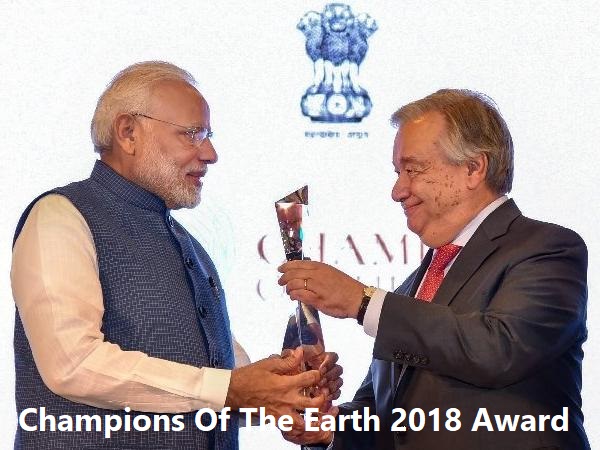 Prime Minister Narendra Modi received the UN Champions of the Earth award, the highest environmental honesty of the United Nations on October 3, 2018.

The award was announced on September 26, 2018, on the sidelines of 73rd UN General Assembly in New York.

The prestigious awards programme recognised six of the world’s most outstanding environmental changemakers this year for their mixture of audacious, innovative and active forces to try some of the most stately environmental issues.

Prime Minister Modi has been selected in the leadership category for his pioneering work in championing the International Solar Alliance, a global partnership to scale up solar energy.

Through the award, the UN Environment is recognising Modi for his bold environmental leadership on the global stage.

The award is also in recognition of Modi’s unprecedented pledge to eliminate all single-use plastic in India by 2022.