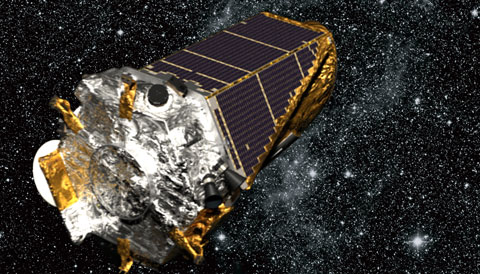 This telescope is going to retire after 9 years of service.

Scientists have said that Kepler telescope, which helps in discovering 2,600 planets, has finished fuel so he is retiring.

This telescope, established in 2009, made us aware of billions of hidden planets and improved our understanding of the universe.

According to a NASA statement released, Kepler showed that 20 to 50% of stars in the sky in the night sky are earth-shaped planets and they are located within the habitable zone of their stars.

This means that they are located so far away from their stars, where there is the possibility of having the most important water for life on these planets.

The scientists were successful in collecting all the data they had before even before its fuel was completely exhausted.

NASA says that at the moment, Kepler is in a secure class away from Earth.