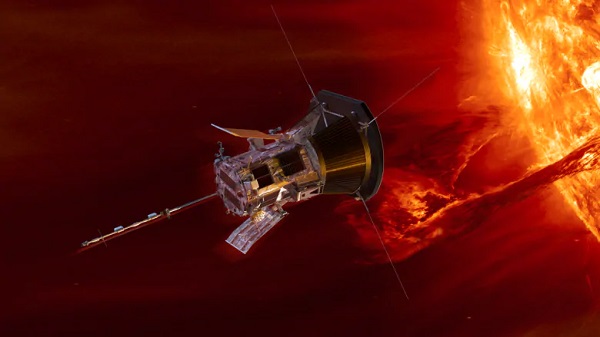 This will be the first time that a spectrogram will go so close to the Sun and study it. The main purpose of its launch is to take the curtain from Corona's secret.

In the Parker Solar Mission, a car-shaped spacecraft will rotate straight through the sun's corona. This vehicle is about 65 lakh km away from the Earth's surface and is nearly seven times the Sun compared to the spacecraft sent so far.

Corona is made of plasma and it surrounds the sun and the stars around the atmosphere. Unusually, its temperature is 300 times higher than the Sun's surface. It also emits powerful plasma and intense energy particles, which can cause disturbances in the power grid located on Earth.

The purpose of NASA's mission is to study the effects of corona on the surface of the earth. Pictures of Corona will be taken through the spacecraft and the surface will be measured.

This vehicle is protected with only a half-inch (11.43 cm) thick heat resistant shield which will save it from the sun's temperature.