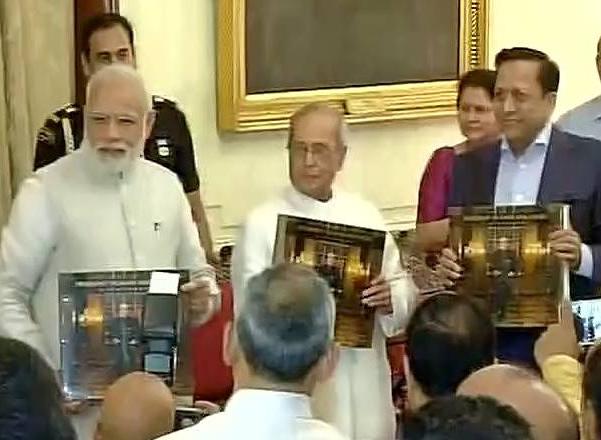 According to Prime Minister Narendra Modi, during the emergency he gets chance to work with leaders and workers of very different ideologies.

PM Narendra Modi adds, Presidency is much more than protocol. Through the photographs in book, we see human side of our President and feel proud.

PM Narendra Modi talks about blessings he recieved from president and the chance he got work with Pranab Da at the event of the book launch.

President A Statesman book launch is a celebration attended by PM and President on set of President Pranab Mukherjee's retirement on 24th July 2017.