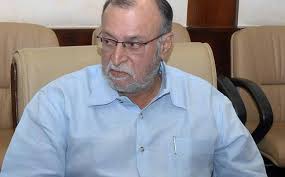 Anil Baijal is appointed by the president of India Shri Pranab Mukherjee after the resignation of Najeeb Jung last week.

Lieutenant Governor is the IAS officer of 1969 batch and served the post of Home Secretary in Atal Bihar Vajpayee’s governance.

Anil Baijal was also in the planning commission of executive council in Vivekanand International Foundation.

Anil Baijal retired from the government service since 2006 as the secretary of Urban Development Ministry.

In the career, Anil Baijal also served the post of vice-chairman of Delhi Development Authority.