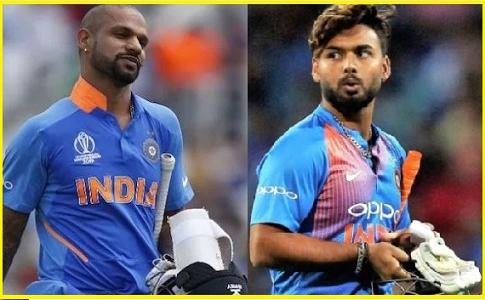 Rishabh pant will replace injured Shikhar Dhawan in the 15 players of the Indian squad for the upcoming ICC World Cup 2019 challenges.

In the India and Australia match, Shikhar Dhawan got injured in his thumb while batting against bowler  Pat Cummins. He scored a magnificent knock of 117 runs in that match.

Shikhar  Dhawan’s opening position was taken by KL Rahul, who was shifted up from the middle order to open against Pakistan at Old Trafford. KL Rahul scored a 50 in that match.

Rishabh Pant made his Twenty20 International (T20I) debut for India vs England at M.Chinnaswamy Stadium on 1st February 2017.

Rishabh Pant made his One Day International (ODI) debut vs Windies at Barsapara Cricket Stadium on 21st October 2018.

Rishabh Pant made his Test debut vs England at Trent Bridge on 18th August 2018.