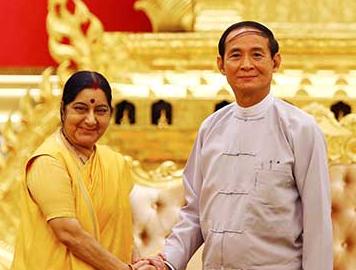 Union Minister of External Affairs, Sushma Swaraj is on a two-day official visit to Myanmar. She reached Myanmar’s capital city Naypyidaw on 10th May 2018.

EAM Swaraj’s visit was a part of the ongoing high-level interaction between the Governments of India and Myanmar.