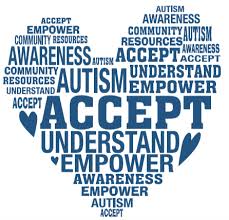 World Autism Awareness Day is an internationally acclaimed day marked every year on 2 April across the world to encourage public taking measures, in respect to raising awareness about people who are suffering from autism all over the world.

Autism is a spectrum disorder that results in a complex neurodevelopmental condition. Mostly, people with autism have difficulty with social interactions and relationships, repetitive behaviors and trouble expressing them appropriately whether verbally or non-verbally.

Autism’s disorder signs usually start to appear between 1 and 3 years of age. In many cases, it can be diagnosed as early between 12-18 months.

Some Facts About Autism in India

About 10 lakh people in India were affected by Autism in the year 2017.

In Autism’s 20% of its cases occurred due to Genetic conditions.

In Autism’s 80% of its cases occurred due to the influence of Heredity &Environment.

Around one-third of people with autism remain nonverbal.

Around one-third of people with autism have an intellectual disability.