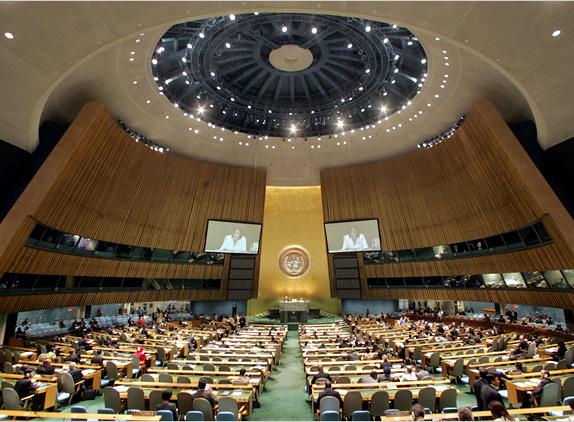 The UNGA annual 'General Debate' is a week-long event, scheduled to be held from 25th Sep to 1st October 2018. It saw the participation of over 125 heads of state governments

The theme for the UNGA general debate this year is "Making the United Nations relevant to all people: global leadership and shared responsibilities for peaceful, equitable and sustainable societies".

This same theme is also for the whole 73rd session of the General Assembly.

The President-elect of the 73rd session of the UNGA is María Fernanda Espinosa Garcés.

The Secretary-General, Antonio Guterres held a high-level plenary meeting on agenda 'UN Action for Peacekeeping' on 25 Sep 2018 to renew commitments to UN peacekeeping operations. This initiative was launched on 28 March 2018,

26th September 2018: 'Fight to End Tuberculosis'; 'Climate Change'; and 'Commemoration and Promotion of the International Day for the Total Elimination of Nuclear Weapons'.

27th September 2018:  'Comprehensive Review of the Prevention and Control of Non-Communicable Diseases'