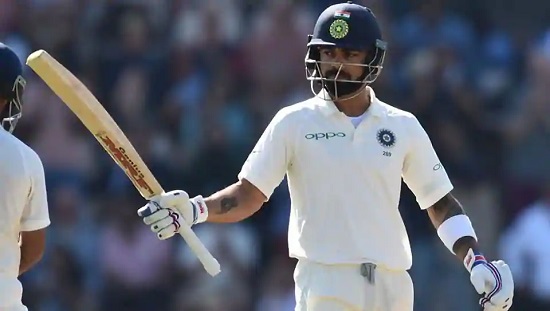 Kohli is currently placed fifth on the list with 544 runs in four Tests at an average of 68 with two hundred and three half-centuries. Australia legend Don Bradman completes the top six with 508 runs which he amassed in the 1948 Ashes series.

Virat Kohli took the responsibility as Test captain for the first time in December 2014 when Dhoni was not part of the Indian team at Adelaide due to an injury. Virat Kohli is First Indian Test captain to score two or more double centuries

Virat Kohli scored 200 in the West Indies in the first Test at Antigua which was their biggest win ever outside of Asia.  It was his first double hundred in first-class cricket and the first made away from home by an Indian captain in Tests.

Virat Kohli scored his first Test century on English soil in the first test match of the series against England On 2nd August 2018. Virat Kohli displaced Steve Smith to become the No. 1 ranked Test batsman in the ICC Test rankings On 5th  August 2018.