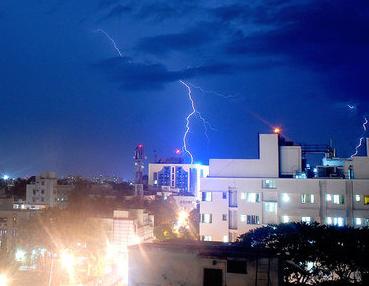 Even as several parts of North India, including Delhi and NCR, were bracing for severe thunderstorm and squall on Tuesday following an alert issued by the India Meteorological Department (IMD), a strong gale swept through North and North-West Delhi and Noida on Monday night.

The Delhi Government has decided to close all evening schools on Tuesday while Delhi Traffic Police has asked people to check weather conditions before travelling.

The Delhi Metro has decided to exercise extreme caution in running of trains in the wake of the warning. The Ghaziabad administration too has ordered all schools to remain closed on Tuesday.

Modi Government: India's Achievements in Science And Technology Since 2014

India's Achievement in Science And Technology in Modi Govern...

Storm: introduction  A storm is any disturbed state of...

Jammu and Kashmir, Himachal Pradesh and New Delhi are suffer...