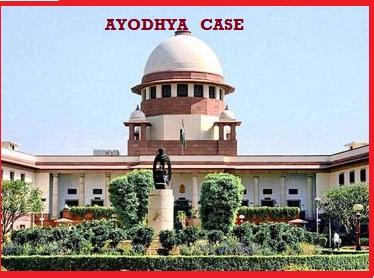 The Supreme Court ruling on Ayodhya case on 27th September 2018, has declined to refer to a five-judge Constitution bench the issue of reconsideration of the observations in its 1994 judgment that a mosque was not integral to Islam which had arisen during the hearing of Ayodhya land dispute.

In a majority verdict of 2:1, the Supreme court bench headed by Chief Justice Dipak Misra ruled the civil suit has to be decided on the basis of evidence and the previous verdict has no relevance on it.

Justice S Abdul Nazeer disagreed with the two judges and said whether the mosque is integral to Islam has to be decided considering belief of religion and it requires detailed consideration. He referred to the recent Supreme Court order on female genital mutilation and said the present matter be heard by a larger bench.

Now, a three-judge bench of the Supreme Court will start hearing on Ayodhya land dispute in the week starting from 29th October 2018.