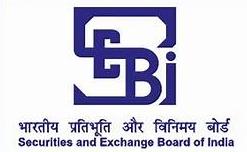 The Appointments Committee of the Cabinet (ACC) has appointed Anant Barua as a whole-time member of the Securities and Exchange Board of India (SEBI).

Anant Barua has been appointed to post for three years on the pay as admissible to an additional secretary to the central government or a consolidated salary of Rs 4 lakh per month.

Anant Barua prior to this assignment, was a legal adviser, Legal Affairs Department (LAD), SEBI. He had been working in LAD since 1992.

Anant Barua is commerce graduate with LL.B from the University of Delhi. He was on deputation to Central Bank of Bahrain as legal adviser and has also worked with National Fertilizers Ltd. (NFL), Industrial Finance Corporation of India (IFCI) and DCM Ltd.

SEBI is a statutory regulator for securities market in India established in 1988. It was given statutory powers through tSEBI Act, 1992.

SEBI is responsive to needs of three groups, which constitute a market, issuers of securities, investors and market intermediaries.

SEBI has three functions quasi-legislative (drafts regulations in its legislative capacity), quasi-judicial (passes rulings and orders in its judicial capacity) and quasi-executive (conducts an investigation and enforcement action in its executive function).

ACC appoints SS Deswal as Director General of Indo-Tibetan B...

» Union Cabinet appointes Sushil Chandra as the chairman of CBDT