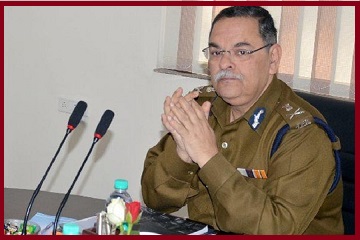 IPS officer Rishi Kumar Shukla has been appointed as the director of the Central Bureau of Investigation (CBI) on 2nd February 2019.

Rishi Kumar Shukla has been appointed as for a fixed 2 years. He is currently serving as the chairman of Madhya Pradesh Police Housing Corporation in Bhopal.

Rishi Kumar Shukla appointment was approved by the Appointments Committee of the cabinet (ACC) based on the recommendation of the selection committee headed by the Prime Minister.

The CBI Director search committee headed by Prime Minister has the Chief Justice of India and the Leader of Opposition as members.

The appointment of the CBI director gains significance in the backdrop of comments made by the Supreme Court which had said that it was “averse” to the arrangement of an interim CBI Director and the Centre should “immediately” appoint a regular chief of the probe agency.

The Supreme Court stated that the post of CBI Director is sensitive and important, and it is not good to keep an interim director of the agency for a longer period. The Supreme Court sought to know why the government has not made the appointment yet.

ACC appoints SS Deswal as Director General of Indo-Tibetan B...