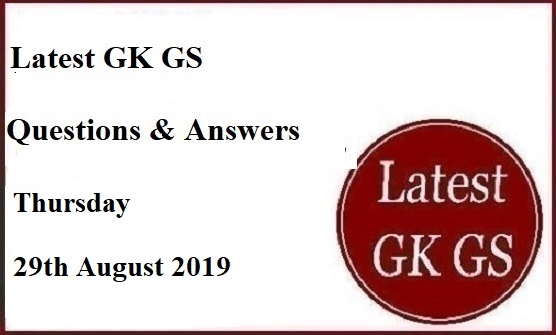 1. When is the National Sports Day observed every year in India?

3. Who has become the first IPS officer to be honored with the prestigious Tenzing Norgay National Adventure Award 2018?

4. Who among the following is not a part of the five-member GoM set up by the government for Jammu & Kashmir and Ladakh?

5. The Supreme Court has referred the Article 370 petitions for hearing to a special constitution bench. The bench will comprise how many members?

6. Who has been appointed as the new Chairperson of PMLA Appellate Tribunal?

7. Which telecom company topped the telecom market with the highest revenue share in the April-June quarter?

8. The Indian Railways has decided to offer how much discount in its AC Chair car trains like Shatabdi, Tejas?

9. The Indian Institute of Petroleum recently established a plant to turn plastic waste into diesel in which city?

10. Which city will host the 14th session of the Conference of the Parties of UNCCD?