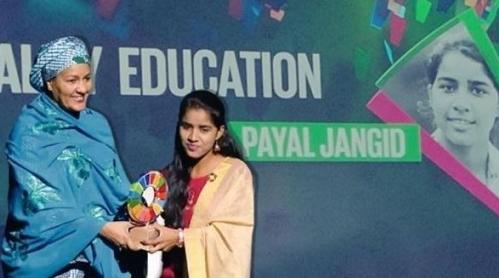 Payal Jangir hails from Hinsla village, Rajasthan and was awarded for her work towards the abolition of child marriage in her village and other neighboring areas.

Payal Jangir activism and fight to abolish child marriage began at the age of 11 when she had to relent against being married off. She was successful in raising her voice against her parents’ decision and prevented the marriage.

Payal Jangir is the President of her village’s Children’s Parliament (Bal Panchayat).

Payal Jangir has conducted a number of field activities and rallies to empower women and children of her own village and villages nearby.

Dr. Rajiv Nigam Selected for The Joseph A. Cushman Award for 2022 :Details, About

Dr. Rajiv Nigam Selected for The Joseph A. Cushman Award for...