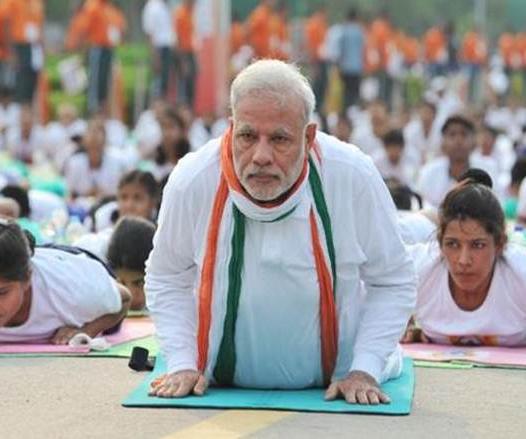 Union Ministry of AYUSH has recently announced that Dehradun, the capital city of Uttrakhand will host the main event of 4th International Yoga Day celebrations (IDY-2018) on 21 June 2018.

Prime Minister, Narendra Modi will be attending the IDY-2018 main event and will be a Mass Yoga Demonstration.

On the IDY-2018 occasion, AYUSH Ministry is also planning to give two Yoga Awards known as PM Yoga Award to all the national and international participants.

Later in December 2014, UNGA unanimously adopted the India-led resolution to observe 21st June as ‘International Day of Yoga’. This resolution was adopted under agenda of UN’s ‘Global Health and Foreign Policy’.

The date 21st June was selected because it represents one of the two solstices and is the longest day in Northern Hemisphere which has special significance in many parts of the world.

The International Yoga Day (IYD) was first celebrated across the world on 21 June 2015.

First ever All India Institute of Ayurveda (AIIA) feature and Objective

First ever All India Institute of Ayurveda (AIIA) feature an...

» First ever All India Institute of Ayurveda (AIIA) feature and Objective