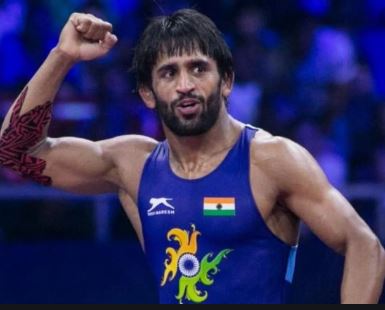 Bajrang Punia name was finalized by a 12-member selection committee comprising Bhaichung Bhutia and MC Mary Kom among others and is headed by Justice Mukundakam Sharma.

Bajrang Punia is only the fourth wrestler to be finalized for the Khel Ratna award after Sushil Kumar, Yogeshwar Dutt and Sakshi Malik.

Bajrang Punia (25-years-old) was born in Khudan village in the state of Haryana and started his wrestling career at the age of seven after getting motivated by his father. Earlier, he worked as a Travelling Ticket Examiner (TTE) with Indian Railway.

Bajrang Punia was always regarded as one of India's strongest medal contenders at the Jakarta Asian Games 2018.

Bajrang Punia has won the bronze in the 2013 World Championship, silvers in 2014 Commonwealth and Asian Games and gold in the Commonwealth 2016 and 2017 editions. Bajrang Punia, alongside Sushil Kumar, was given a green ticket to the Asian Games 2018 without a trial as the Wrestling Federation of India (WFI) thought the duo was far more superior than the other domestic competitors in their respective categories.