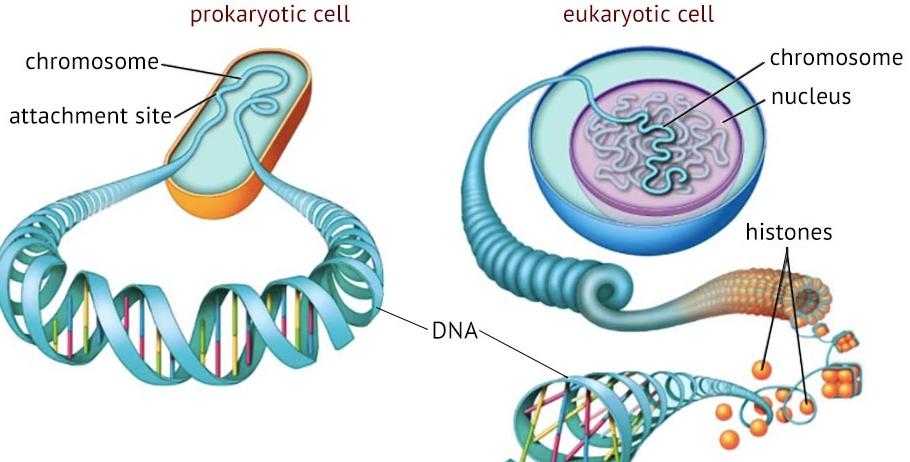 Chromosomes: Introduction, Types of chromosomes, roles in the cell, works, and importance

A chromosome is a single, long fragment of DNA. These highly standardized structures conserve genetic information in living organisms. Modest segments of the chromosome, called genes, code for the RNA and protein molecules needed by an organism.

Each eukaryotic chromosome is composed of DNA coiled and condensed around nuclear proteins called histones. Humans inherit one set of chromosomes from their mother and the second set from their father. In total, most human cells contain 46 chromosomes with 22 pairs of autosomes, or non-sex chromosomes, and two sex-determining chromosomes.

Chromosomes are often observed and depicted as X-shaped structures.  Human chromosomes can be differentiated from one another under a microscope by their lengths and by the position of the centromere.

» About Delhi Declaration on Renewable Energy