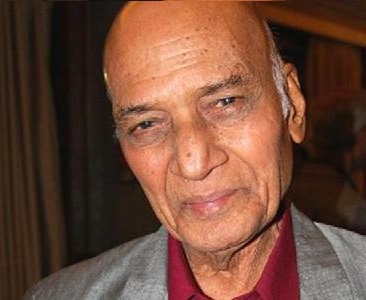 Khayyam was best known for his music in movies like Kabhi Kabhi and Umrao Jaan.

Khayyam was born on 18th February 1927 as Sa'aadat Hussain in undivided Punjab and came to Delhi to learn music at 17 years of age.

Later, Kayyam went to Lahore to learn music from Baba Chishti and assisted him for 6 months afterward came back to Ludhiana in 1943.

Khayyam was honored with the National Film Award for his work in Umrao Jaan in 1982.

Khayyam was awarded the Sangeet Natak Akademi Award for his Creative Music in 2007.

Khayyam was awarded the prestigious Padma Bhushan Award in 2011.

In 2018 he was conferred with Hridaynath Mangeshkar Award.

Neeraja Bhanot was an Indian model and purser for the airlin...