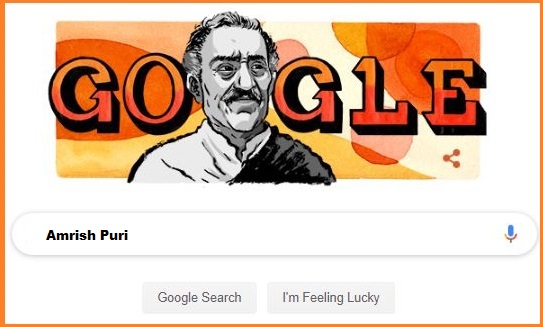 Bollywood Actor Amrish Puri was one the legendary and versatile performer in the Indian Film Industry. He was the most memorable villain in the history of Indian cinema.

Amrish Puri was born on 22nd June 1932 in Punjab's Nawanshahr.  He made debut at the age of 39 and went on to portray some of the iconic and memorable roles in the films.

Amrish Puri acted in over 400 films between 1967 and 2005 and remains one of the most successful villains in Bollywood till date. He also acted in Hindi, Kannada, Marathi, Hollywood, Punjabi, Malayalam, Telugu and Tamil films.

Amrish Puri mother name was Ved Kaur and father Nihal Singh Puri who was an actor too. He had four siblings, elder brothers Chaman Puri and Madan Puri (both of whom were also actors), elder sister Chandrakanta, and a younger brother, Harish Puri.

Amrish Puri one of the famous dialogue was 'Mukambo Kush Huwa' from the film 'Mr. India'.

Amrish Puri died on 12 January 2005 at the age of 72 years, suffering from myelodysplastic syndrome, a rare kind of blood cancer.