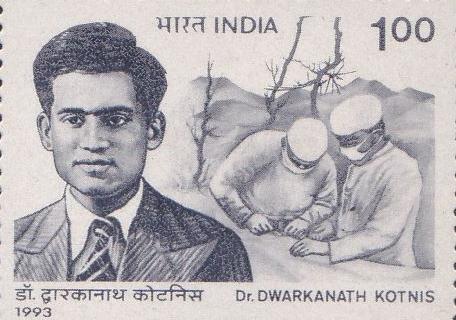 China to honour Doctor Dwarkanath Kotnis, an Indian doctor after 75 years of his death for his contribution during war with Japan

During the war, China asked for help from India and then India sent a team of doctors and Dwarkanath Kotnis is among them.

Dr Dwarkanath Kotnis provided services day and night to the wounded soldiers and in between he died due to epilepsy.

After the death China pay respect to the doctor and in his honour a monument is built and the China government issued a stamp.

From several decades the Chinese President and Prime Minister forward the tradition.