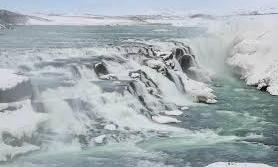 As per the new research study by an international team of scientists shown that more than three trillion tonnes of ice have melted in Antarctica since the year 1992.

According to the report, it shows that the ice loss is now triple than the normal amount which is going to lead to a dramatic rise in sea levels. Because of all the melted ice, the global sea level has risen by 7.6 millimetres.

According to the scientists, this water is enough to cover Texas to a calculated depth of 13 feet.

The major cause of melting ice in Antarctica is warm water. The water nibbles at the floating edges of existing ice sheets from below which causes them to melt a lot faster than normal.

The warming of this water is caused by the increased global warming due to the burning of coal, oil and natural gas.

Scientists have predicted that if this rate of ice melt remains constant, the global air temperature could rise by 5 degree Celsius and we could witness a 3.5-meter rise in the global sea level.

The temperature of the ocean can also rise by 2 degree Celsius which means that more carbon dioxide will be retained in the water causing more global warming.

Scientists from all over the world are considering this situation dire, some even saying that it's too late for us to make a change to prevent this in the future.