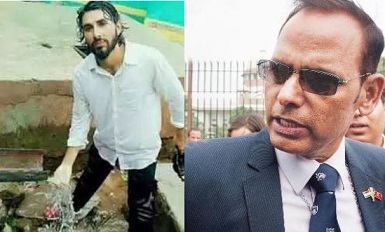 Major Aditya Kumar and Rifleman Aurangzeb (posthumously) will be given the prestigious 'Shaurya Chakra' Gallantry Award-2018, this year for the bravery that they displayed while being posted in Jammu and Kashmir.

Major Aditya Kumar from 10 Garhwal Rifles had been caught in a controversy when his unit fired on a stone-pelting mob in Shopian district on January 27 in which three civilians had been killed.

Rifleman Aurangzeb was on his way back home after completing his duty when he was attacked by a group of heavily-armed terrorists and kidnapped at gunpoint. His bullet-ridden body was later found by a team of police and Army at Gussu village, about 10-km away from Kalampora, in Pulwama district.

Rifleman Aurangzeb belonged to 4 Jammu and Kashmir Light Infantry and was posted at the 44 Rashtriya Rifles camp at Shadimarg in Shopian.

Shaurya Chakra is awarded for gallantry other than in the face of the enemy. Officers and men and women of all ranks of the Army, the Navy and the Air Force, of any of the Reserve Forces, of the Territorial Army, Militia and of any other lawfully constituted forces are eligible for the Shaurya Chakra award.

Shaurya Chakra award is also conferred on members of the Nursing Services of the Armed Forces. Civilians from all walks of life and members of Police Forces including Central Para-Military Forces and Railway Protection Force are also awarded the Shaurya Chakra for their bravery.