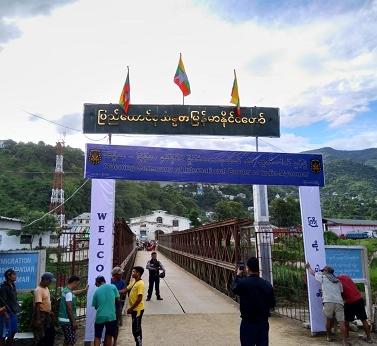 India has opened Zokhawthar land immigration check-post in Mizoram along with the border with Myanmar. It has been designated as an authorised immigration center for entry into and exit from India with valid travel documents for all passengers to or from Myanmar.

Earlier in August 2018, India and Myanmar opened the land border crossing at Zokhawthar-Rih. Zokhawthar is in Champhai district of Mizoram, while Rih is in Myanmar’s Chin province. Zokhawthar border trading post is one of the largest trading centers after Mizoram’s state capital Aizwal.