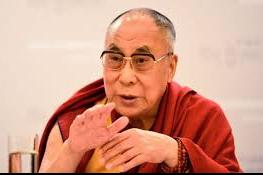 The Chief Minister of Arunachal Pradesh invited Exiled Spiritual Tibetan leader, Dalai Lama to visit in the state next year.

Dalai Lama is expected to visit Buddhist monastery Tawang and can travel all around the country freely.

Dalai Lama can travel in India at free of cost

External affairs minister stated that Dalai Lama is the guest of India, he can visit anywhere he likes free, the Buddhists worship him as a spiritual leader and everyone wants to seek his blessings.

Dalai Lama visited Arunachal Pradesh in the year 2009 and the state is looking forward to see him again.

It is expected that Dalai Lama can visit in the state in March 2017.

» Narendra Modi visit to Japan from 11 November for Annual Summit