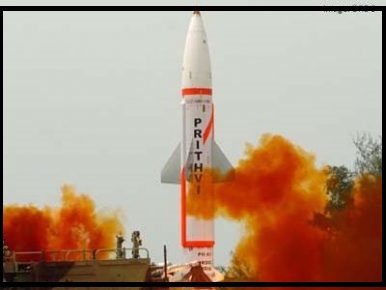 The PDV is believed to replace the existing Prithvi Air Defense (PAD)/Pradyumna Ballistic Missile Interceptor, which has a maximum interception altitude of 80 kilometers.

The new two-stage solid-fueled PDV interceptor is fitted with an Imaging Infrared (IIR) seeker, developed by DRDO, to distinguish between incoming warheads and decoys.

The PDV mission, aimed at engaging targets in the exo-atmosphere region at an altitude above 50km of the earth's atmosphere.

The PDV mission involved test-firing of an inceptor missile of the coast of Odisha to intercept an incoming ballistic missile off the Bay of Bengal.

As per the Defence officials, the test was successful, as both the PDV interceptor and the target missile were engaged successfully. In the automated operation, the radar-based detection and tracking system detected and tracked the enemy's ballistic missile.

All events were monitored in real-time by the Telemetry/Range Stations, at various other locations.

The PDV was first tested in April 2014. The missile interceptor had a “near miss” at an altitude of 120 kilometers.

Later, in February 2017, the Interceptor missile was successfully test fired from the Abdul Kalam Island.